TBM Kathleen has already tunneled the first 400 meters of its one kilometer journey underneath the Harbour.

Once the first tunnel is complete, Kathleen will then build the second tunnel under Sydney Harbour before being retrieved at Blues Point and taken away by barge.

The machine is expected to tunnel through clay, silt and sediment and will use state-of-the-art tunnelling technology to safely make its way under the harbour.

Four TBMs have already completed over half of the 31 kilometers of tunnel for Sydney Metro City & Southwest.

This specialised TBM is named after Kathleen Butler, who played a vital role in the construction of the Sydney Harbour Bridge as the technical advisor to legendary engineer John JJC Bradfield.

It is expected to take TBM Kathleen about four months to complete her first tunnel. 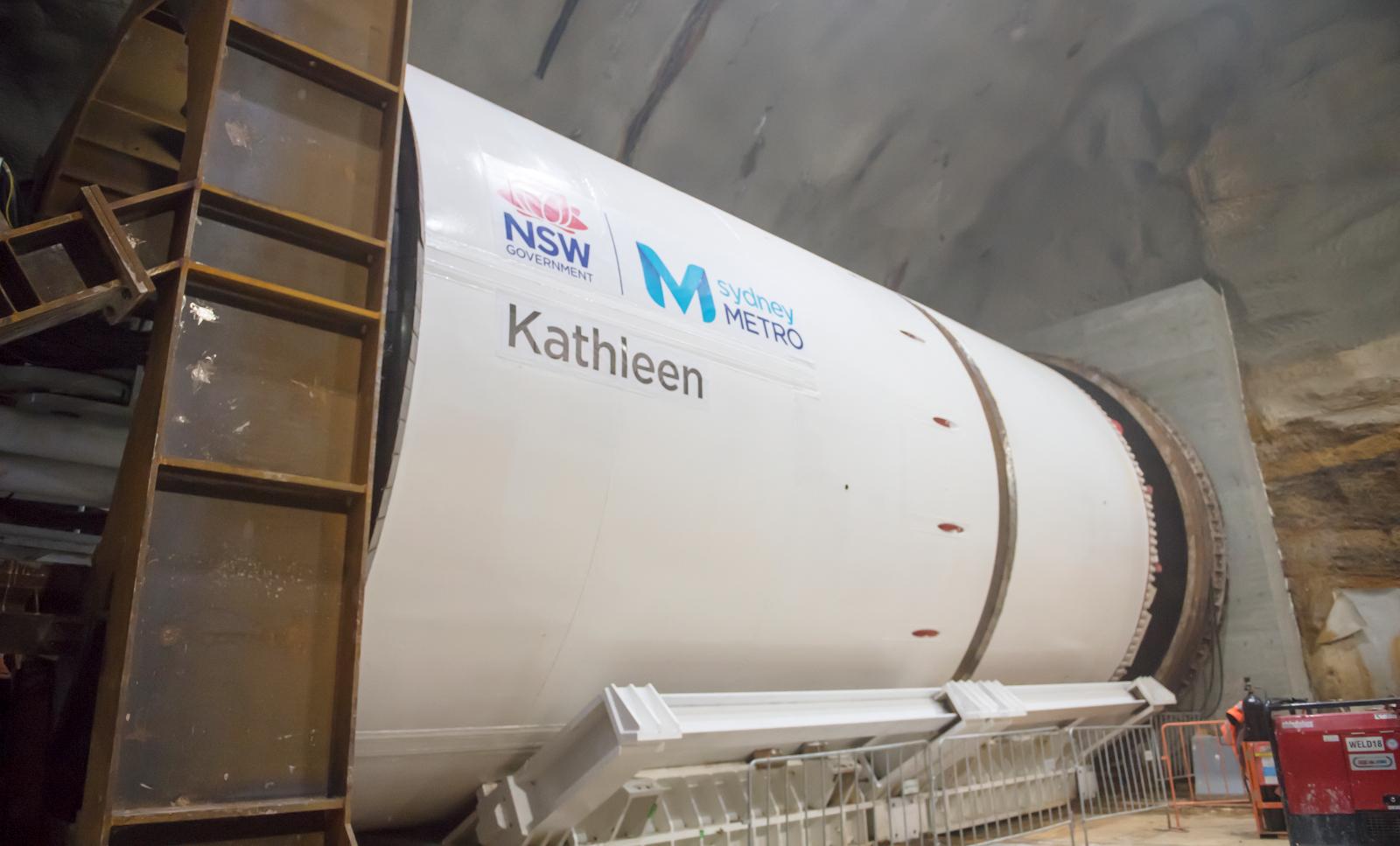