Di roccia, fuochi e avventure sotterranee
Central Interceptor names micro-TBM Domenica
Ghella, first group, in Italy, belonging to the construction industry to sign a Green Loan with BNL Gruppo BNP Paribas backed by the new SACE guarantee in support of the Italian Green New Deal.
TBM Else has been moved into position and is now underground ready to roll

On the 22nd of December, the massive TBMs of the Cross-River Rail Project have been named after two ground-breaking Queensland women due to their exceptional contribution to the state.

The first TBM has been named ELSE after the trailblazing engineer Else Shepherd. The second TMB will be known as MERLE in honour of pioneering feminist Merle Thornton.

This choice has been made as these two outstanding women have led the way and helped create a better future for the state just like the TBMs will.

Else Shepherd, one of the first women to graduate in electrical engineering in Queensland, has paved the way for all women who wanted to enter fields like engineering. Professor Shepherd was astonished to have been considered a ground breaker. She has met all the female engineers and the staff working on the Cross-River Rail Project stating: “By being a female engineer when there weren’t many of us, I hope I’ve given other women the courage to do what they want to do – there’s nothing stopping us.”

Merle Thornton, an active feminist, has fought and is a real representative of women’s rights and social justice issues. Mrs. Thornton was enthusiast about a 1350 tonne TBM named in her honour. She said: “I wouldn’t say I’ve had a ‘boring’ life, but I have always tried to cut through on various social issues, so perhaps it is fitting to have my name on one of these massive tunnelling machines.”

It is well known that TBMs are traditionally named after women. It is a long-standing tradition that dates to the 1500s when al minors prayed to their patron saint, Saint Barbara, asking to be protected, by her, underground. 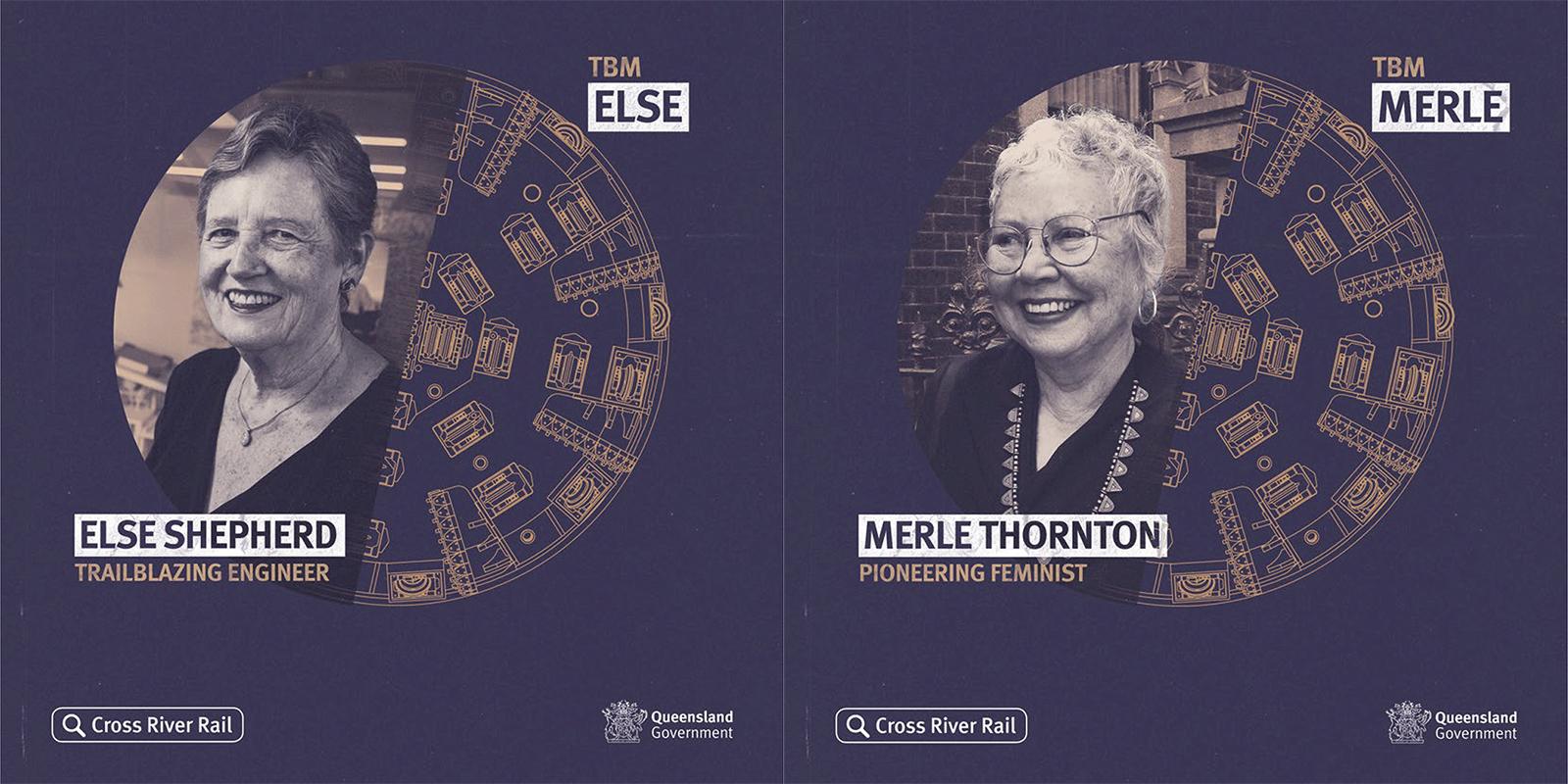