Is a strong European construction market, with the European Union’s 28 member states and 5oo-million-person population, still wishful thinking? Maybe not, if one considers that the growing harmonization of construction rules is developing a common thread within the industry. Although different market traditions still create different hierarchies and undermine special alliances and networks, the European system of engineering and contracting is building mementum. This is well portrayed in Engineering News-Record’s annual Top Contractors lists, which year after year compare the performance of the European contractors in terms of international revenue. A number of nationalities regularly weigh in with at least half the export turnover, competing with the United States, Canada, Australia, Japan, China, South Korea and Turkey.

To complement the Top 250 International Contractors list published in this issue, it is worth commenting on the Top 5o European Civil Contractors list elaborated by the Italian firm Guamari.
Some data that stands out, comparing 2012 with 2011, is that total turnover increased by 5.9%, ebit (earnings before interest and taxes) decreased by 12.2% and net profit stumbled by 48.4%.

As for the weight of every single state, France confirms its leadership (though with only five groups), accounting for 28.4% of total turnover. Bearing in mind that in some cases, like Acs and Strabag, the control of the two larger German contractors adds to the weight of their country of origin, respectively Spain and Austria. France is followed by Spain (25.9%, a percentage that could drastically diminish if Acs were to sell parts of Hochtief to obtain cash). Great Britain lags behind with just 11.2% of the European capacity. A small country like Sweden is able to reach 9.2% thanks to three champions that dominate Scandinavia and from there have conquered Europe and North America.

Firm by firm, the 2012 podium barely remains with the French, highiy diversified Vinci, which has its stronghold in France because only 37% of its revenue is obtained abroad. Very close behind climbs the Spanish Acs that has just consolidated with the German Hochtief (with activities in the United States and Australia), two-thirds its size, jumping the highest percentage of foreign turnover: 92%. Third (it was second) comes another French giant, Bouygues, which, considering all its array of activities, has a turnover of 33,547 million euros. The ramification of groups developing out of small but performing countries can be detected from the following two competitors: Skanska in Sweden and Strabag in Austria (bearing the bespoke name of its German subsidiary).

The third French leader, Eiffage, more entrenched in the construction business, maintains its sixth rank but is more “at home” than any other. Its international revenues weigh only 15.3% on its turnover. Next in line is the first British giant but also the first with a slightly negative margin: Balfour Beatty. The second and third Spanish leaders (earlier much closer in size to Acs) are respectively Fcc and Ferrovial, the former posting a significant loss and the largest reduction in turnover of the very top contractors. Tenth is Dutch Royal Bam, the first group that is really specialized: dredging and coastal works, requiring such investments that the economic results appear unsatisfactory.

Checking the rest of the list, an Italian leader can be found at the 17th rank. That is if one were to accept a retrospective reconstruction of the addition of the data of Impregilo and Salini, even before the second is incorporated into the first creating Salini Impregilo, which will happen on Sept. 12. The German leader, Bilfinger Berger, 18th, has diversified in the field of (industrial) facilities management to the point that it may no longer be a proper civil contractor.

It will be interesting to see if this momentum remains and if a robust European construction market develops. 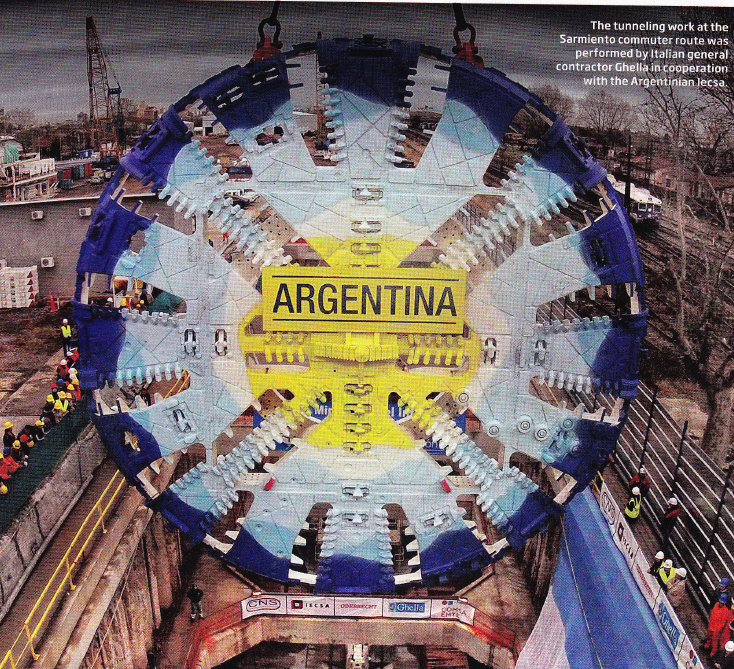