After a voyage across the Atlantic Ocean, the tunnel boring machines, which will dig the tunnels for the Eglinton Crosstown West Extension have arrived on Canadian soil precisely at the Hamilton port this week.

The two TBMs that will dig the 6.5-kilometre tunnels between Renforth Drive and Scarlett Road for the Eglinton Crosstown West Extension left Antwerp on November 20th.

The crew at the port have already started unloading the shipping containers and other parts, like the cutterheads. This is the part found at the front of the machine that has different types of tools to cut through the ground as it spins. The cutterheads for the Eglinton Crosstown West Extension are expected to make their way to the tunnel launch site at Renforth Drive as early as next week. 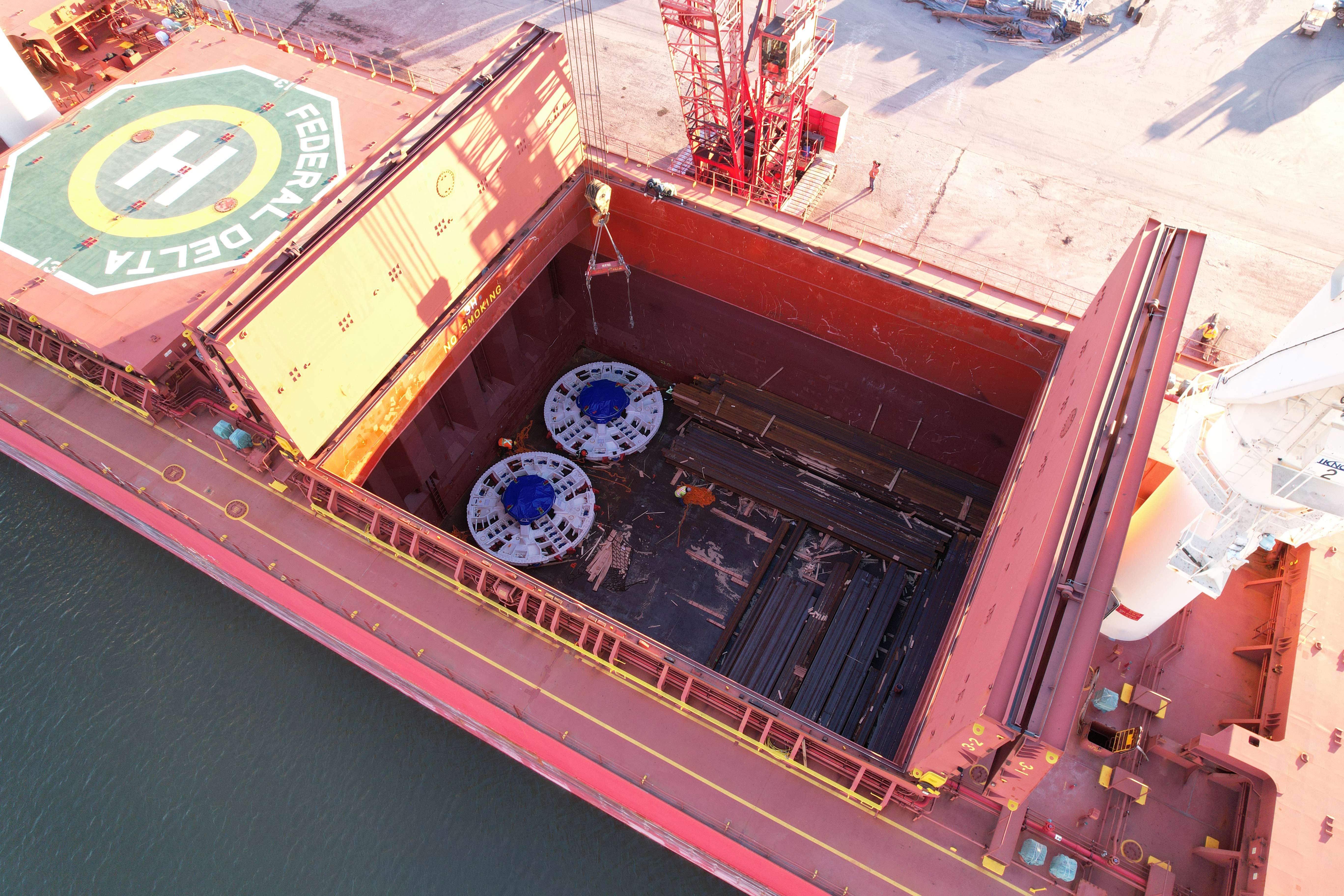 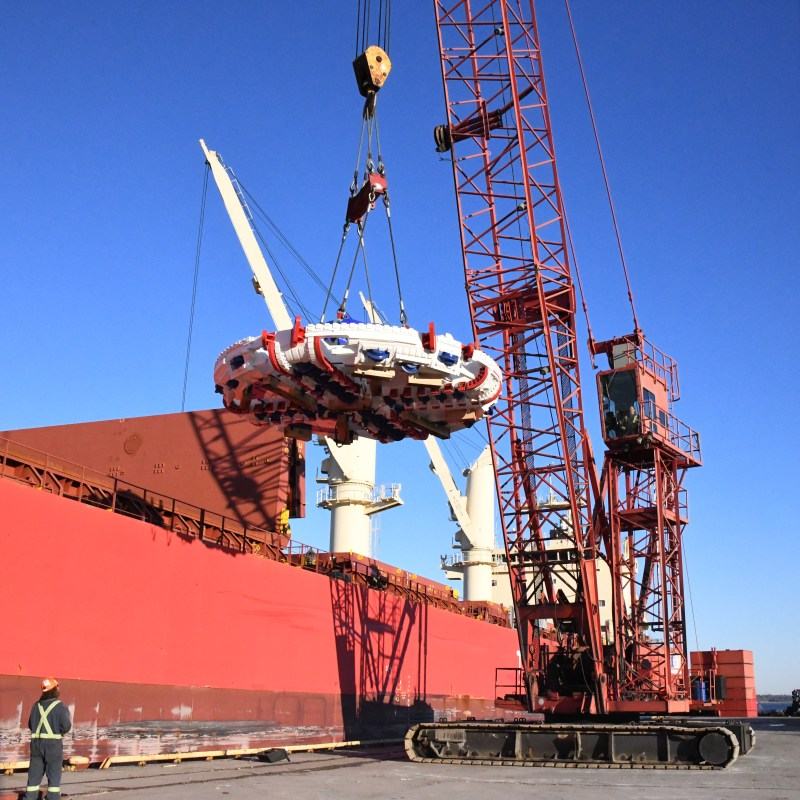