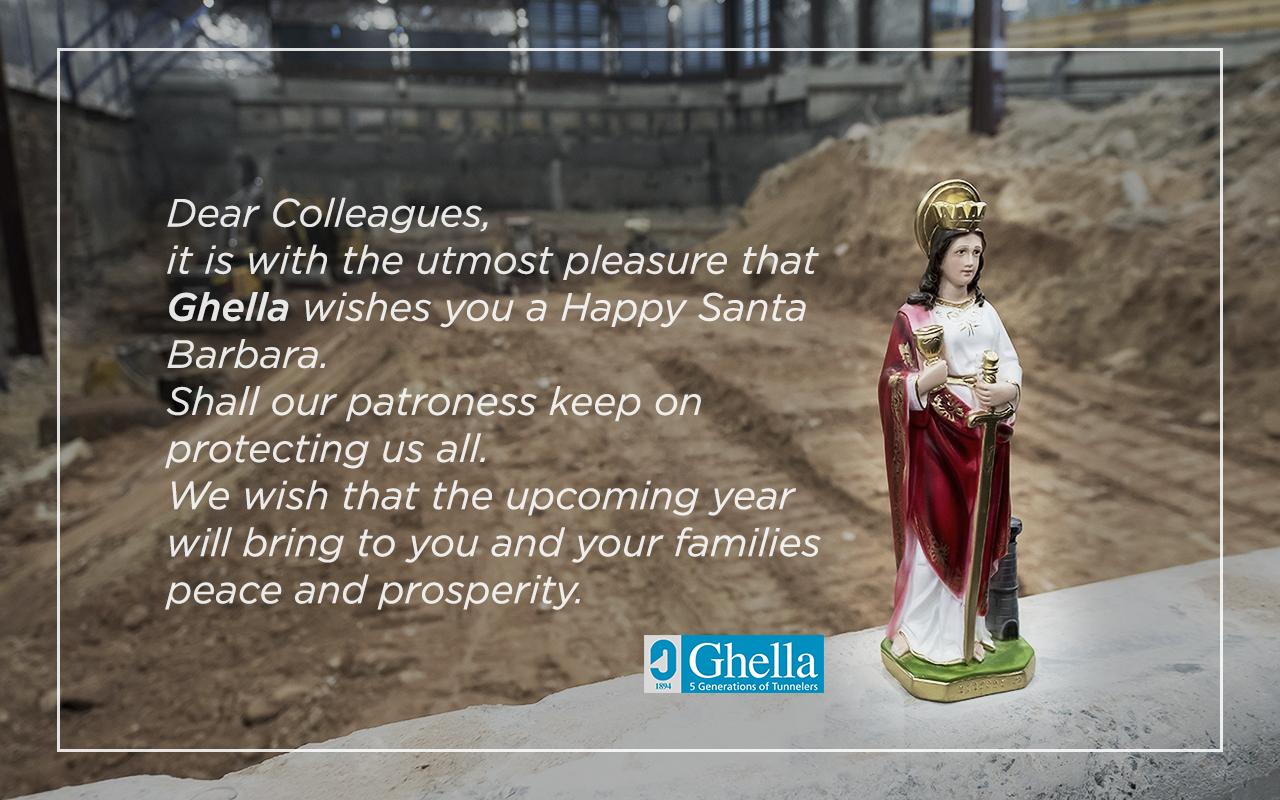 Brief History: Barbara was the daughter of a rich pagan, Dioscorus, who had kept her locked up inside a tower away from harm. During this time, in complete secrecy, Barbara became a Christian and refused a wedding proposal her father favored. On a trip abroad, her father had asked for her to have a private bath-house installed. Barbara had three windows put in it, as a symbol of the Holy Trinity, instead of the two originally intended. When her father returned she announced to him that she was a Christian. This enraged him and he drew a sword upon Barbara: but her prayers created an opening in the tower wall and she was astonishingly transported to a rocky canyon, where two shepherds watched their flocks. Dioscorus, feverishly chasing his daughter, was rejected by the first shepherd in his attempt to persuade him to torture Barbara but the second betrayed her. For doing this, he was turned to stone and his flock was transformed to locusts.

The Following night, after having been dragged through every prefect of the province she was put in a cellar. The dark prison was covered in light and new miracles happened. Every morning, her wounds were healed and the torches that were used to burn and torture her would suddenly go out as soon as they got near her. Following the sock surrounding these events, it was decided she would be beheaded.  Her father himself carried out the death-sentence. Nevertheless, as punishment for this, he was hit by lightning on the way home and his body was consumed by the flames. Barbara was later buried by a Christian, Valentinus, and her tomb became the site of miracles.