History has been made with the first tunnelling breakthrough on the Sydney Metro City & Southwest project.
TBM Nancy has broken through a wall of rock at the site of the new Waterloo Station as Sydney Metro delivers twin new metro railway tunnels deep under the city.
Nancy is one of five TBMs building the 15.5 kilometre twin railway tunnels between Chatswood and Marrickville.
TBM Nancy started digging from Marrickville on 17 October 2018 and has since carved through about 304,000 tonnes of rock – enough to fill 47 swimming pools – building a 3.1 kilometre tunnel in less than six months.
Nancy will keep tunnelling to Barangaroo via new metro stations at Central, Pitt Street and Martin Place, delivering an 8.1 kilometre tunnel. Her mega borer stablemate TBM Mum Shirl is doing the same and is a few hundred metres behind TBM Nancy in delivering their twin tunnels.
At Waterloo Station, it has taken tunnel builders John Holland CPB Ghella about 12 months to excavate about 323,000 tonnes of rock 26 metres deep to build the underground station “box” prepared for TBM Nancy’s arrival.
TBM Nancy was named after transport pioneer Nancy Bird-Walton OBE, who was the first female pilot in the Commonwealth to carry passengers and the founder of the Australian Women Pilots' Association.
TBM Nancy will spend about two weeks at Waterloo undergoing planned maintenance before it is re-launched through the opposite end of the station box towards Central Station. 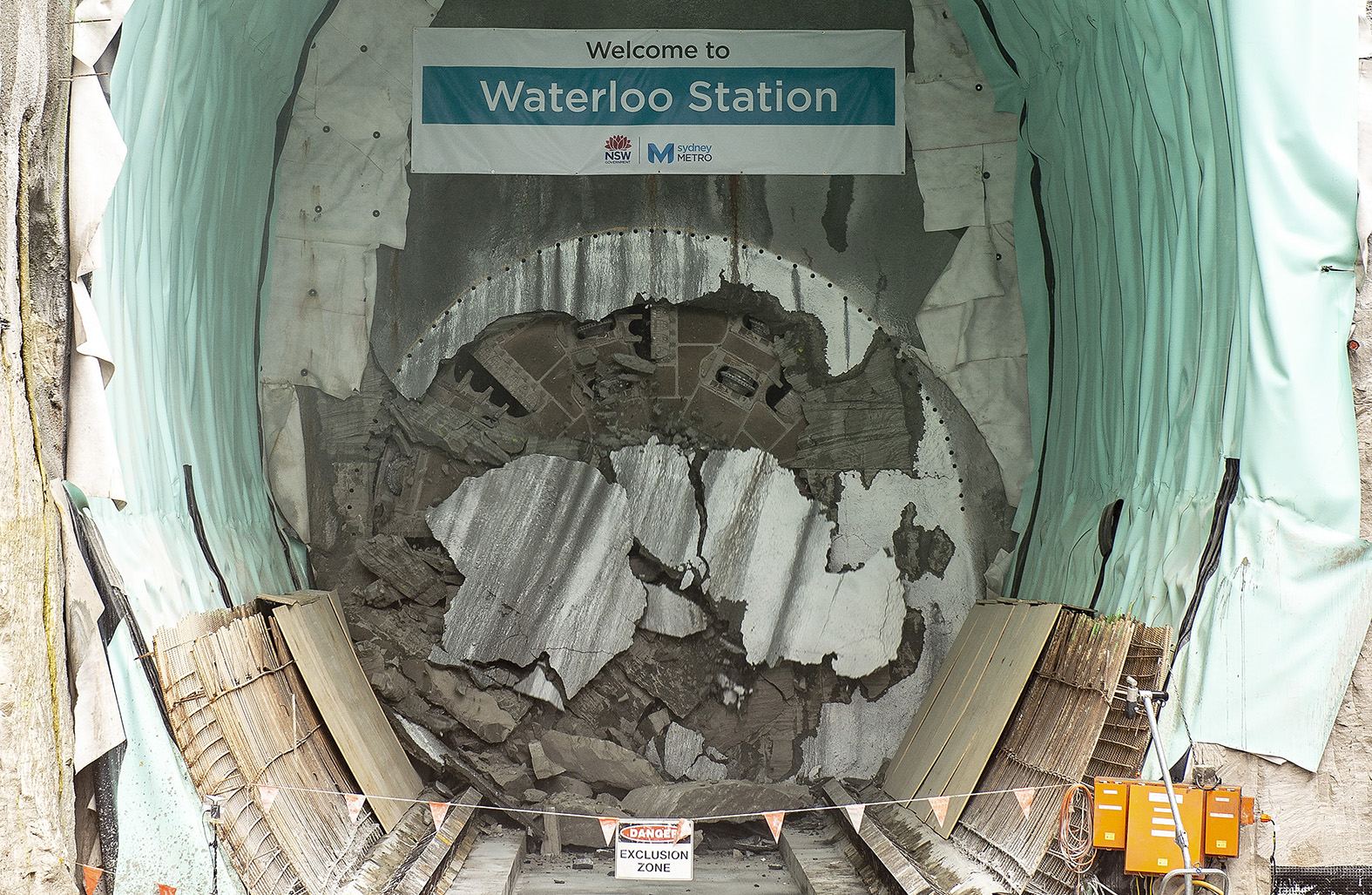 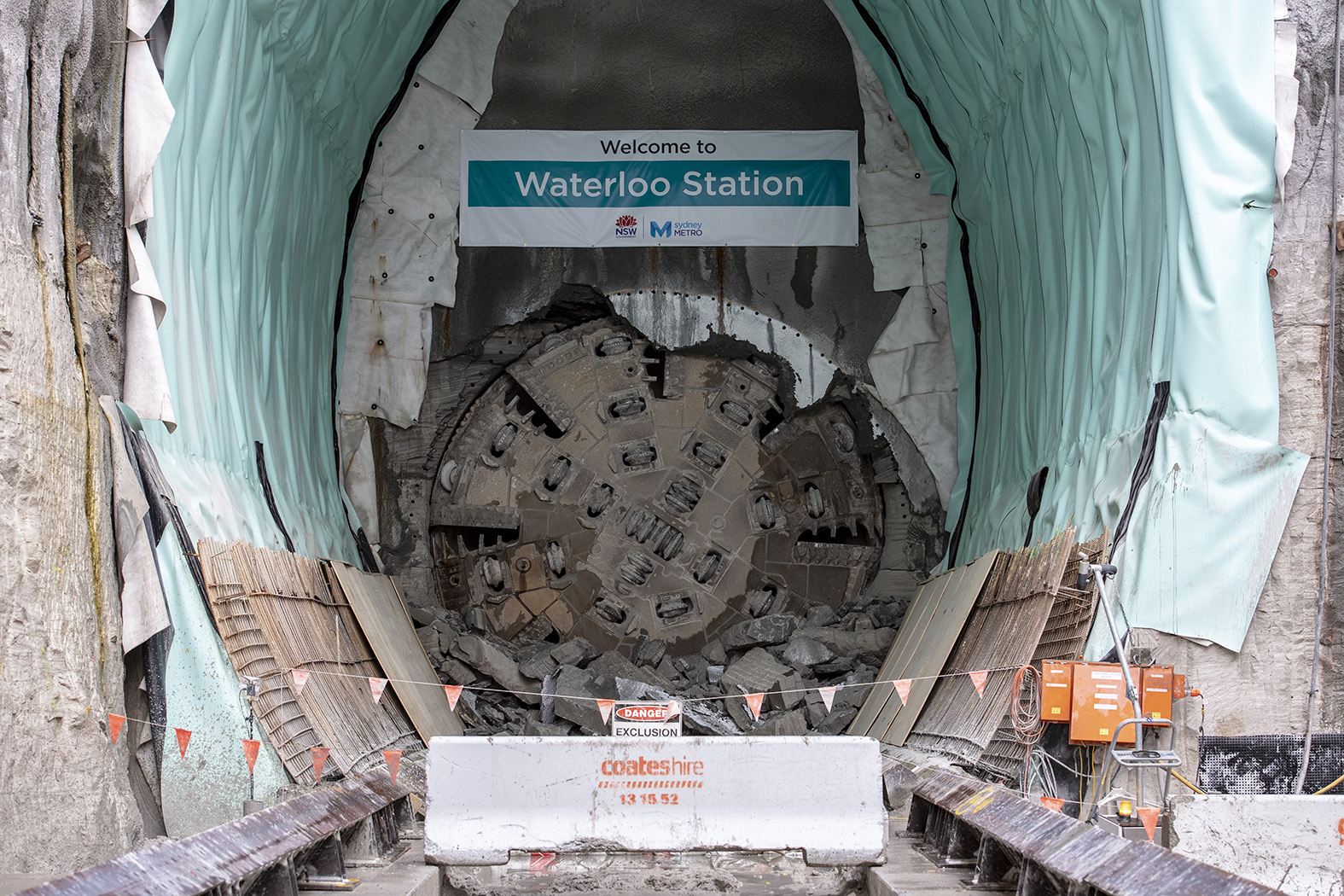 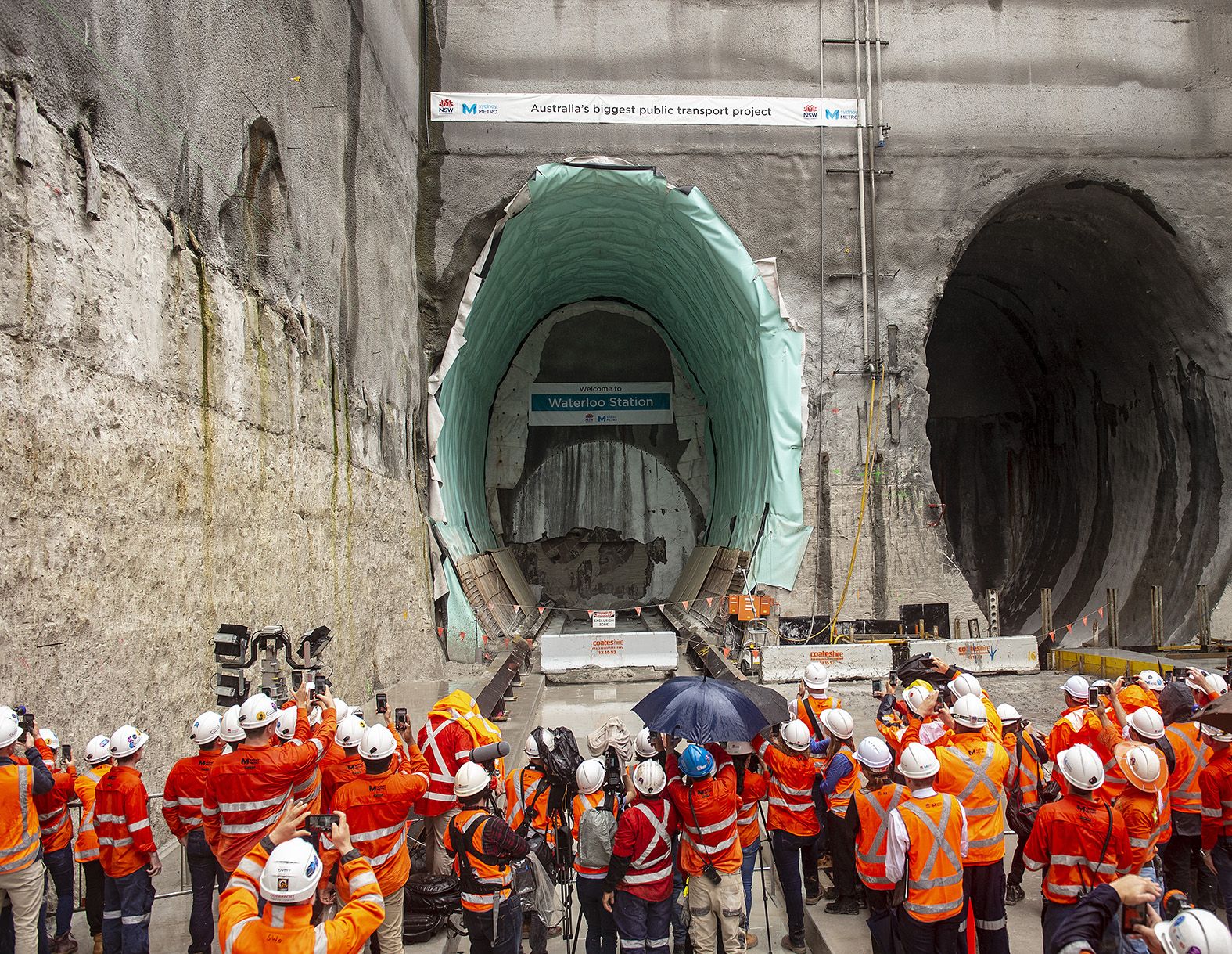