Mega boring machine Kathleen has arrived north of the harbour, where she broke through a wall of sandstone in a spectacular arrival.

It took two months to build the second tunnel – one month faster than the first, due to lessons learned like modifying the giant cutter head and changing tunnelling processes to better deal with the clay material at the bottom of the harbour.

The five TBMs on this project have delivered 31 kilometers of fully lined tunnels in only 17 months.

TBM Kathleen dug through about 175,000 tons of sandstone, clay and marine sediments to build both harbour tunnels, which are about 40 meters below sea level at their deepest point. 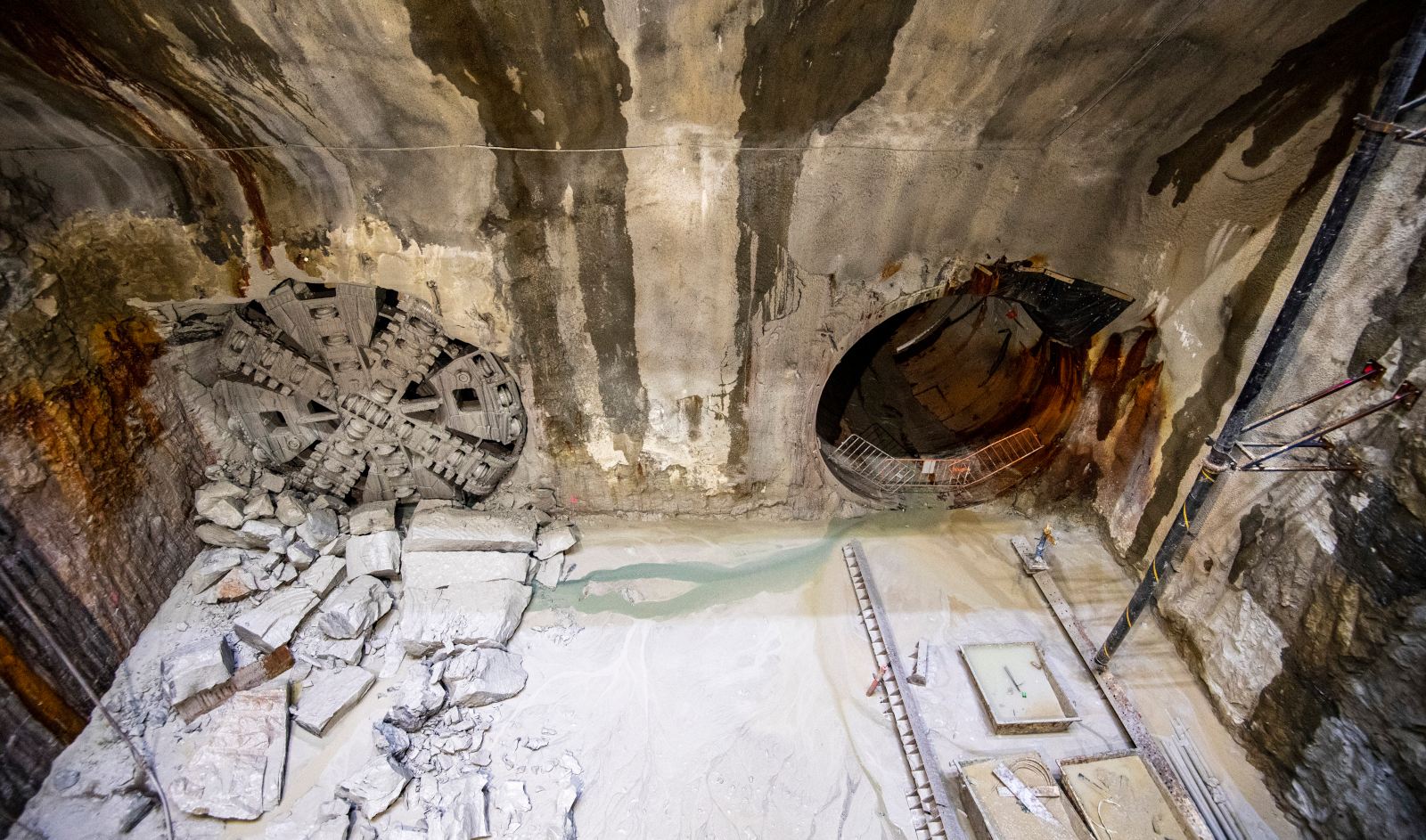