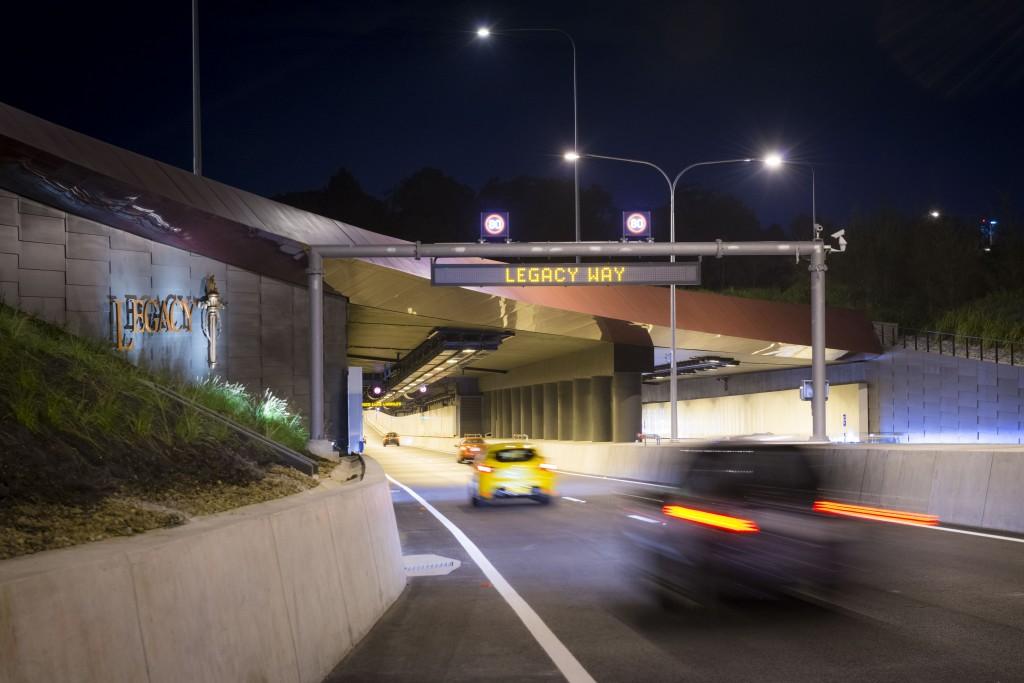 “The Legacy Way project is a major investment in the Brisbane road network and an iconic piece of infrastructure for the River City,” Mr Truss said.

“The project has employed thousands of people, involved international companies and created a world-class piece of infrastructure which will serve the people of Brisbane for many decades to come.

“It is a great example of the Australian Government working with Brisbane City Council to improve transport infrastructure in the city.”

“Road users will save up to 14 minutes in travel time, with Legacy Way bypassing seven sets of traffic lights. It features modern traffic signs as well as a state-of-the-art traffic control centre which will give motorists updates on traffic conditions,” Ms Gambaro said.

Federal Member for Ryan, Jane Prentice said: “Residents of suburbs such as Kenmore, Chapel Hill and Indooroopilly will now be able to avoid peak hour congestion and substantially reduce their commute times. At the same time, thousands of cars will be removed from arterial roads such as Milton Road and Coronation Drive.”

Lord Mayor of Brisbane City Council , Cr Graham Quirk said he was pleased to see the completion of The Legacy Way tunnel, named in honour of those who served and those who passed away serving in the Australian Defence Force.

“Families of fallen soldiers will benefit from every vehicle that travels the Legacy Way tunnel, through a partnership with the charity Legacy. The tunnel logo and the Legacy torch will raise awareness of the Legacy organisation and be a lasting tribute to those who serve our country,” Cr Quirk said.

“More than 7.3 million work hours by 9,000 people went into constructing Legacy Way, with some 80,000 switches tested during the final commissioning phase.

“Legacy Way is an important new capacity-building addition to Brisbane’s road network, which will relieve pressure on other surface roads such as Milton Road and Coronation Drive.”